My new release, Into the Mystic, was one of those shots.

… but first I’d like to show you what made me aware of that moment and how my Abstract Collection was born.

While I was shooting many years ago, I started experimenting with the movement of my camera body while shooting waves from up on the cliff at Black’s Beach.

I created an image from that photo shoot, called Blue Magic, which did really well at our galleries. People were moved by the feeling of watching the waves roll to shore. This was the beginning of my abstract body of work.

Blue Magic, an Edition of 95. Almost Sold Out

Abstract art ignites the sensual, relying on feelings and memories to fill what the eye can not see in the work.

The next image I created in this style was called Black Pearls. This piece moved the bar forward, by integrating more dynamic elements — a firing sunset, slate colored sea and red sky lit up by the setting sun. This is one of my best selling works, with only a few editions left… 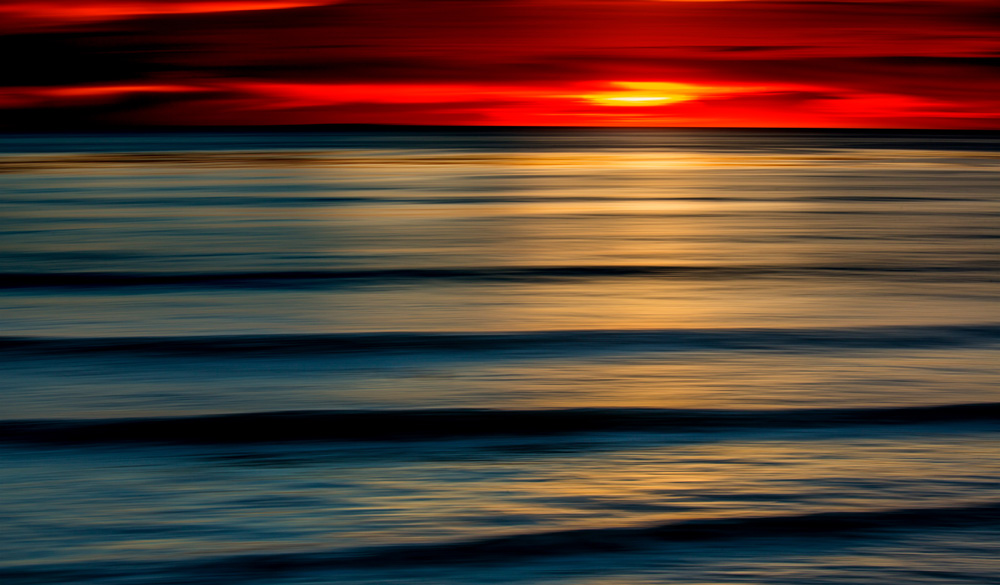 Black Pearls, an Edition of 95. Almost Sold Out

Sapphire Swell, Glow and Serenity captured different color palettes and feelings on a grand scale of watching a sunset, smelling the ocean air and hearing the sets of rhythmic waves break as they roll to shore.

Sapphire Swell, an Edition of 95. Almost Sold Out 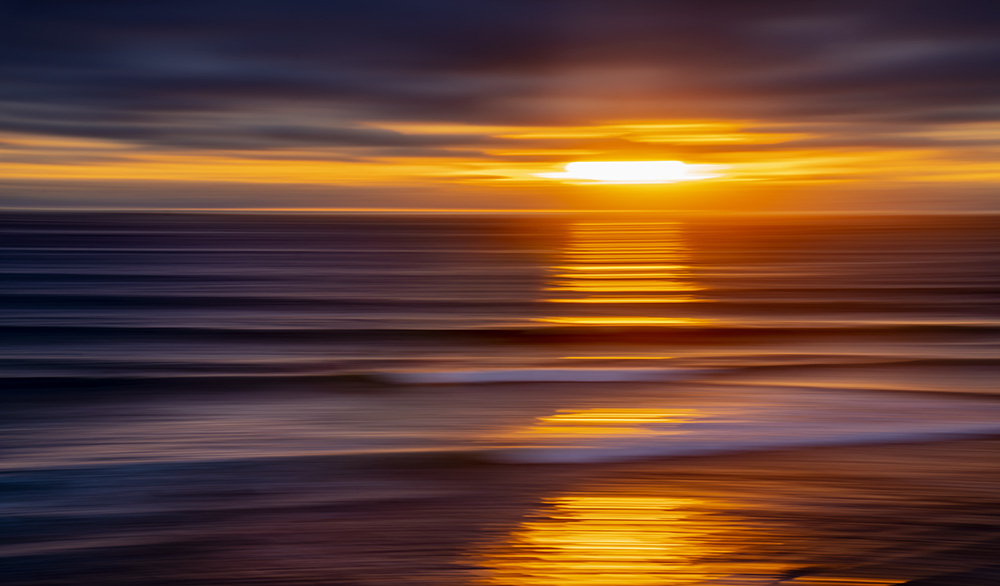 Glow, an Edition of 95. Almost Sold Out 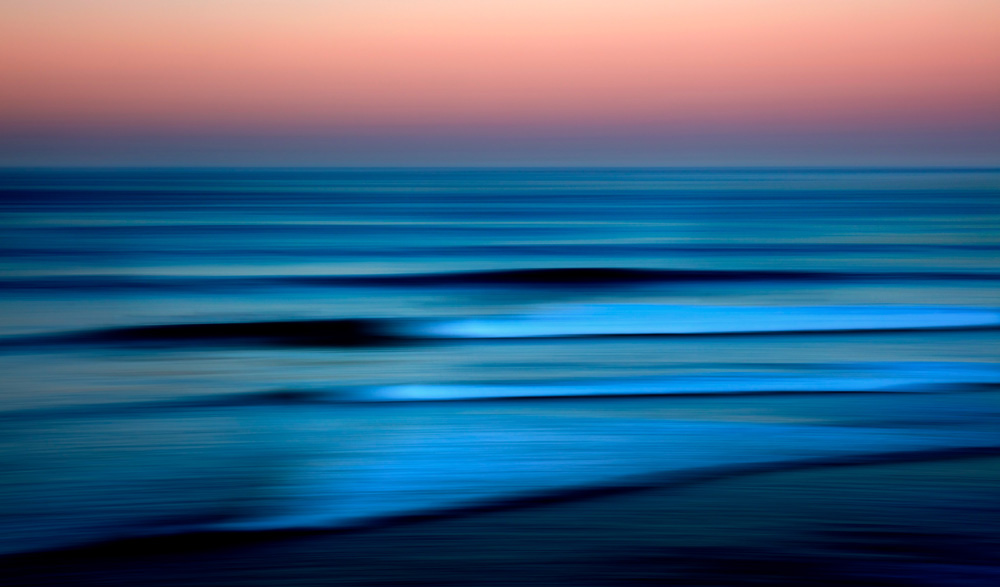 Serenity, an Edition of 95. Almost Sold Out

All of these images are best sellers at my galleries. I think it’s because as humans, we can all relate to experiencing a Moment of Great Beauty — something that’s Bigger than ourselves. Those who stop for the moment are collectively in awe of the Artistry that is unfolding before us…

My new release, Into the Mystic builds on my other abstract works, with a different feeling than any of the others…

Into the Mystic features a giant set of 20 foot waves barreling to the rugged cliffs of the Pacific.

What makes this exciting to me is the color palette. The soft light was created by the ocean mist from the giant waves and a fog bank on the horizon, which was lit up by the sun.

The clouds above the scene help to create a calming palette of blues, grays and whites which make this scene almost mystical in its beauty and tranquility.

Into the Mystic Vertical shown in outdoor bathroom 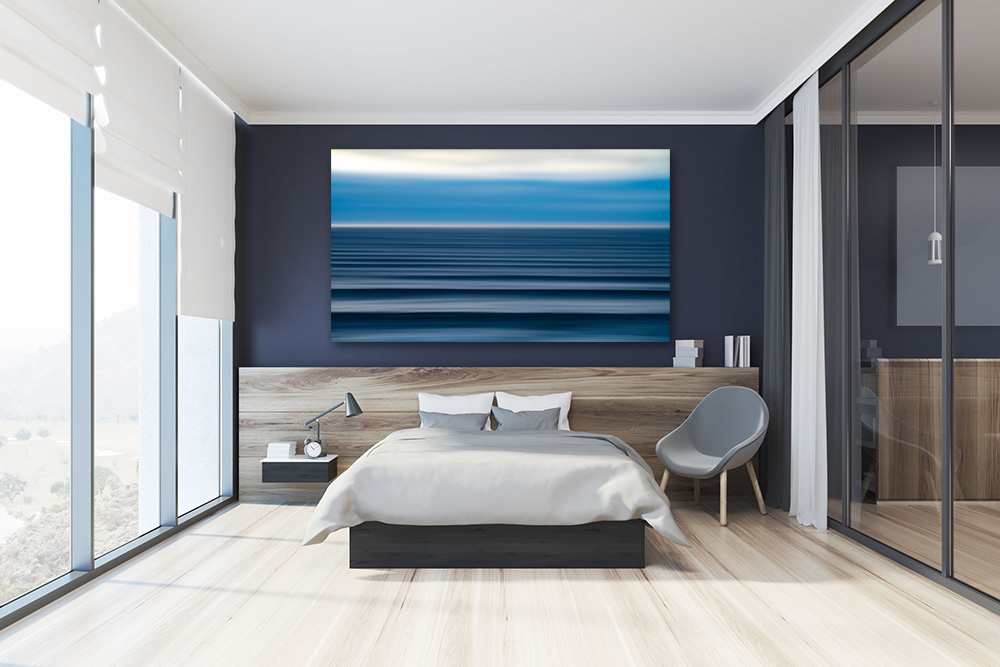 Into the Mystic shown over bed in bedroom 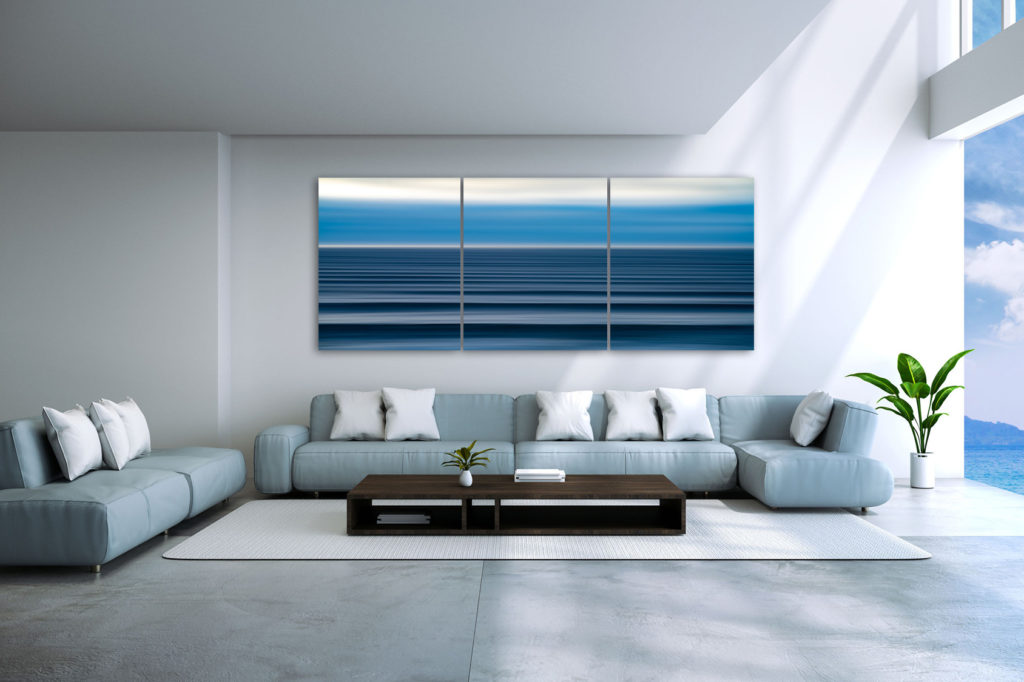 Into the Mystic Custom Triptych shown over couch in Living Room

Into the Mystic Vertical Shortboard shown in corporate office

PS -Stop by my galleries to see Into the Mystic in person. It’s truly exquisite in the viewing room, where when properly lit, it appears that the waves are actually moving…

PSS – Like all of my work, as the editions sell through, the price goes up. The best possible value is now.

What our clients say